Get fresh music recommendations delivered to your inbox every Friday.
We've updated our Terms of Use. You can review the changes here.

by The History & Civilization of the Great Black Swamp 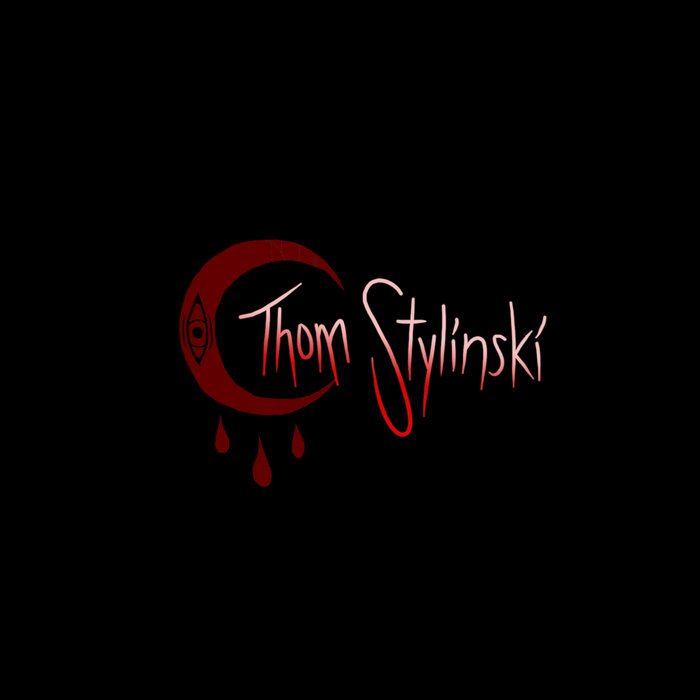 Captain Ersatz This album is dense with in-jokes only fans of The Whiskers would get. Otherwise, enjoy the fantastic story held within. Favorite track: American Moon Worshippers.

"The album is as smart, dense, and musical-theater-y as the Fiery Furnaces, jaunty and jangly like Neutral Milk Hotel or some other Elephant 6 band, and creepy as Enslaved By Owls. Well done!"
- James Kennedy, author of The Order of Odd-Fish

THOM STYLINSKI is a new synthy rock opera concerning the sacrifice of the titular child to the elder god Adam Sandler Toaster Ovens. Fans of H. P. Lovecraft and The Muppets will not be disappointed.

Forward, by Neil B.:

I moved again last year. And for the first time in half a decade, I found myself sharing a living space with another human. It was with a person I loved, so it was a happy occurrence, but not one without compromise.

In the life I lived by myself, I took to the habit of amassing things. As a male adult with a job and not much else going for me, I tended to just buy things that I wanted, and it turned out I wanted a lot of things. This kipple, in the shape of comic books and computer hardware, would form into cairns around my largely unfurnished, otherwise unadorned apartment. You’ve heard the story: They not only owned me, they became the idolatry that my life revolved around.

But when I moved earlier this year, my storage space wasn’t just cut in half, it was nearly cut out of existence. My wife is not a person who would have forced these things out of my hands, but as a parade of beguiling and useless items came up for scrutiny, I found it hard to justify having had any of them at all much less demand that many of them stay in my life. So, most things went.

When Dan and Arthur released the first album under the name The History & Civilization of the Great Black Swamp ("Men" - 2006), I had barely begun my days as a hoarder. At that time, I had a bicycle. I think I had a television in some corner of an empty room. I had a skillet. I usually had a bottle of whiskey on hand. It was a strange time in my life, and the things I wrote about myself and the album I heard reflect the way I functioned then. I imagine my thought process largely resembled the stage presence of Ian Curtis — all electric affectations and hollow baritone.

By contrast, I can admire how direct Dan and Arthur’s vision was, even if it seemed purposefully muddled at the time by a number of their influences and obsessions. The slice of the earlier work, the sort of soundtrack to the thinking man’s summer meth lab project is largely gone on this new release. In its stead is an arcology of sounds and ideas the two seemingly have picked up by way of the bands they’ve worked with in the intervening years and, no doubt, the way they’ve come to know one another as musicians in that time.

The album comes together more as a menagerie of this baggage than a fresh start facing a blank sheet of paper. The sound of experience suits them, even when it overlays oddly with their heritage as post-grunge somnambulists, even when it abuts didactically with their indebtedness to the Muppets. Thematically, the album supposes exposition I don’t have, points toward narrative horizons I have no familiarity with. I enjoy the ride for what it’s worth, I suppose.

But I find myself sometimes poring over it from a distance, seeing myself back in that overstuffed apartment, glancing sidelong out of vertical windows onto fading sunlight while keeping watch over the fading moments of the childhood that spilled into adulthood. In a way, Dan and Arthur seem to have found that sordid pleasure of reveling in deteriorating excess, tapping into the collective sonic memories of a certain subset, one that can recognize an acolyte at a glance.

I hope it makes you feel as at home.

Mixed and mastered by Arthur Bond.

Package design and illustrations by Arthur Bond, with additional artwork by Hazel Santino.

Dedicated, with apologies, to Thom.

Contact The History & Civilization of the Great Black Swamp